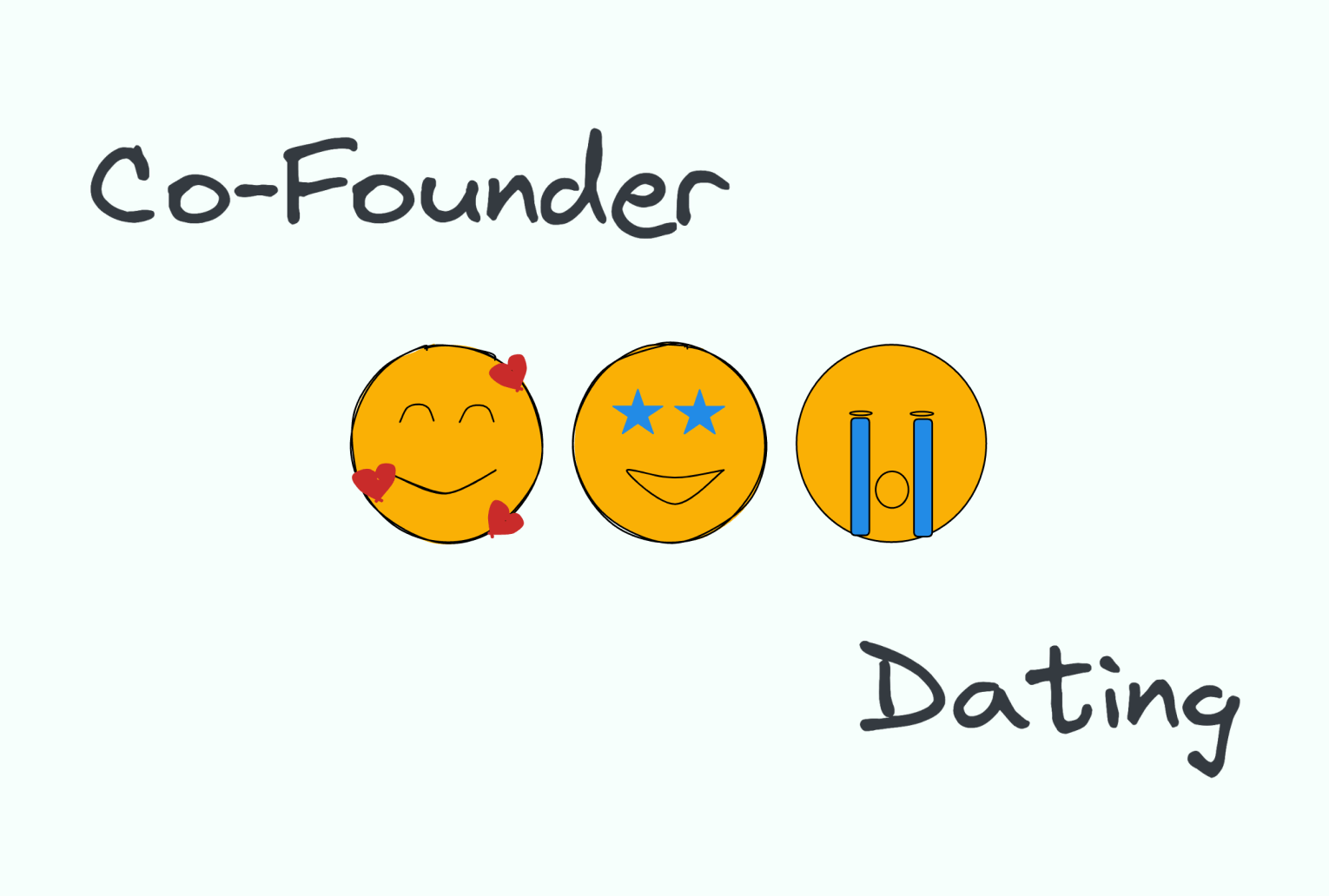 7 tips for finding your next business partner.

4. Start building something (anything)

6. Do a trial period

The world has warmed to the idea of co-founder dating due to changes in the startup ecosystem. Culturally, more people than ever see starting their own company as a viable career path. Venture funding at the earliest stages has grown tremendously. And maybe most importantly, the world has gone remote, making it possible to team up with people outside your immediate location.

As someone who went thru the co-founder dating process (and emerged with a fantastic partner), I thought I’d share a few tips. Like the “real” dating world, co-founder dating is both exhilarating and exhausting. When it works though, it can produce a meaningful relationship and the foundation of a successful startup.

During a co-founder search, you’ll meet dozens of new people and potentially have hundreds of conversations. Without an organized process for managing these meetings, the operation can quickly get out of hand.

Gloria Lin set the gold standard for organizing a co-founder dating process with the Founder Dating Playbook. In the playbook, she outlines a detailed approach for starting and testing co-founder relationships. If you can’t copy the process exactly, it’s worth incorporating the concepts.

At a minimum, you should treat your co-founder search like a sales funnel. Choose your productivity tool of choice and start collecting a list of potential partners. As conversations progress or die out, move these leads along the funnel. Here’s an example:

In many ways, early co-founder dates are similar to interviews. While more casual than the average job interview, co-founder coffee chats often cover a similar set of questions:

Knowing you’re going to get these questions, it’s helpful to prepare your thoughts. It doesn’t take long to jot down some basic answers, and as a bonus, it can clarify your thinking.

Many factors determine whether the current moment is right to start a company. One might have financial incentives, health issues, family questions, etc. Once you’ve taken the leap, one of the hardest parts of co-founder dating is finding others who are ready to start right now.

Fortunately, a handful of communities have emerged to connect people who are all roughly in the same boat. Some of the more popular ones include:

If you can, take advantage of these professional networks. Their express goal is to attract high-quality people and foster their relationships. It’s a great cheat code for solving the timing problem.

And don’t forget about YC Co-Founder Match! Going a step further than the founder communities, YC Co-Founder Match is like a Tinder for co-founder dating. The platform attracts an impressive group of people and makes it easy to connect.

4. Start building something (anything)

Through this process, you will meet people at all different stages of the startup journey—some with full-time jobs daydreaming of being a founder and others a full year into building. As you meet all these people, it’s hard to discern who is serious about starting a company and who is just flirting with the idea.

One way to differentiate yourself from the “wantrepreneurs” is to build something. It’s easy to think about ideas and harder to act on them. Building an MVP shows you’re serious, that you have some skills, and that you know how to get things done. Regardless of whether you find a co-founder, you’ll make progress towards the goal of creating a successful company.

If you’re not a software engineer, use no-code tools to create an MVP. If the idea is too complex to build, create a mockup in Figma. If you don’t have a specific idea yet, conduct user interviews and collect the information in a Notion doc. Just get moving.

It doesn’t matter what you build, as long as you build something. While I was in this early stage, I created an “Airbnb for Office Space” MVP. Offices, of course, have nothing to do with the company I eventually started with Whalesync, but it served as a starting point for coffee chats and helped keep my Webflow skills sharp.

Like romantic relationships, most first dates won’t amount to much. By design, you’re quickly weeding out people that aren’t a great fit. Eventually, a few leads will progress to more advanced conversations. Here is where it helps to be intentional about your discussions.

Again Gloria Lin’s process comes in handy with her 50 Founder Questions. These are questions designed to foster deep conversation and uncover areas of potential misalignment. Whether these questions or your own, invest the time to get into the details with your potential co-founder. It’s much easier to discover issues now than in the middle of a long-term relationship.

6. Do a trial period

It’s hard to know how you’ll work with somebody until you actually work together. The coffee chats and founder questions are great screens, but they only go so far. After multiple conversations, if you both feel excited about a potential partnership, I’d highly recommend starting a trial period.

A co-founder trial period gives you a preview of what your life might be like if you decide to found a company together. The two of you will be in a room talking, working, and collaborating on ideas. As with the founder dating questions, it’s much easier to find out now that you don’t like working together rather than after you’ve formalized the relationship.

Before starting a trial period, it’s best to define the arrangement upfront. Ideally, both of you should be able to answer the following questions:

In our case, we did a six-week trial period with the explicit goal of determining whether we wanted to start a company together at the end. We picked projects to work on that were purposefully collaborative and set up Slack, Tandem, and Notion to communicate. We also signed a legal agreement that assigned IP to one of us in the event the trial period didn’t work out.

Woo hoo! You made it. You found the perfect person to take over the world together. Now don’t forget to take care of the little things.

Just like you would for a new hire, take the time to conduct reference checks. Of course, also offer to let your partner talk to people who can vouch for you. This is the start of a potentially 10+ year business relationship - you want them to know as much about you as possible.

Once you’re ready to make it official, make sure you set up the company properly. Don’t forget to include things like vesting for your founder shares. Tools like Stripe Atlas or AngelList Stack make this easy.

If you’re just starting your co-founder dating journey, good luck! Although stressful, it’s exciting and incredibly rewarding when it works. 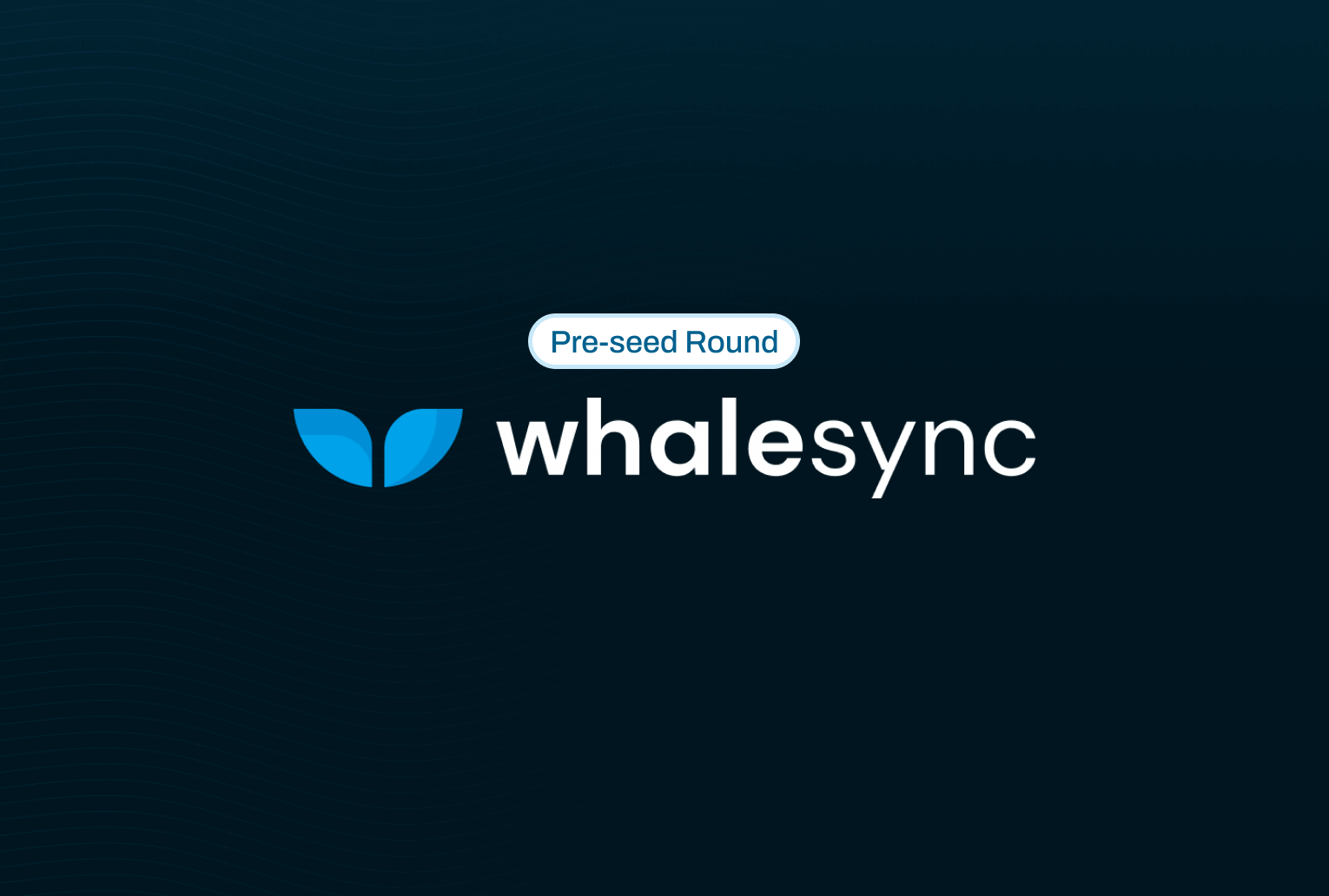 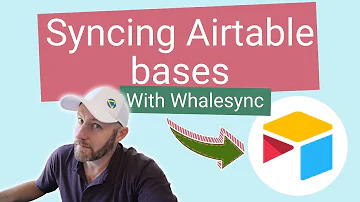 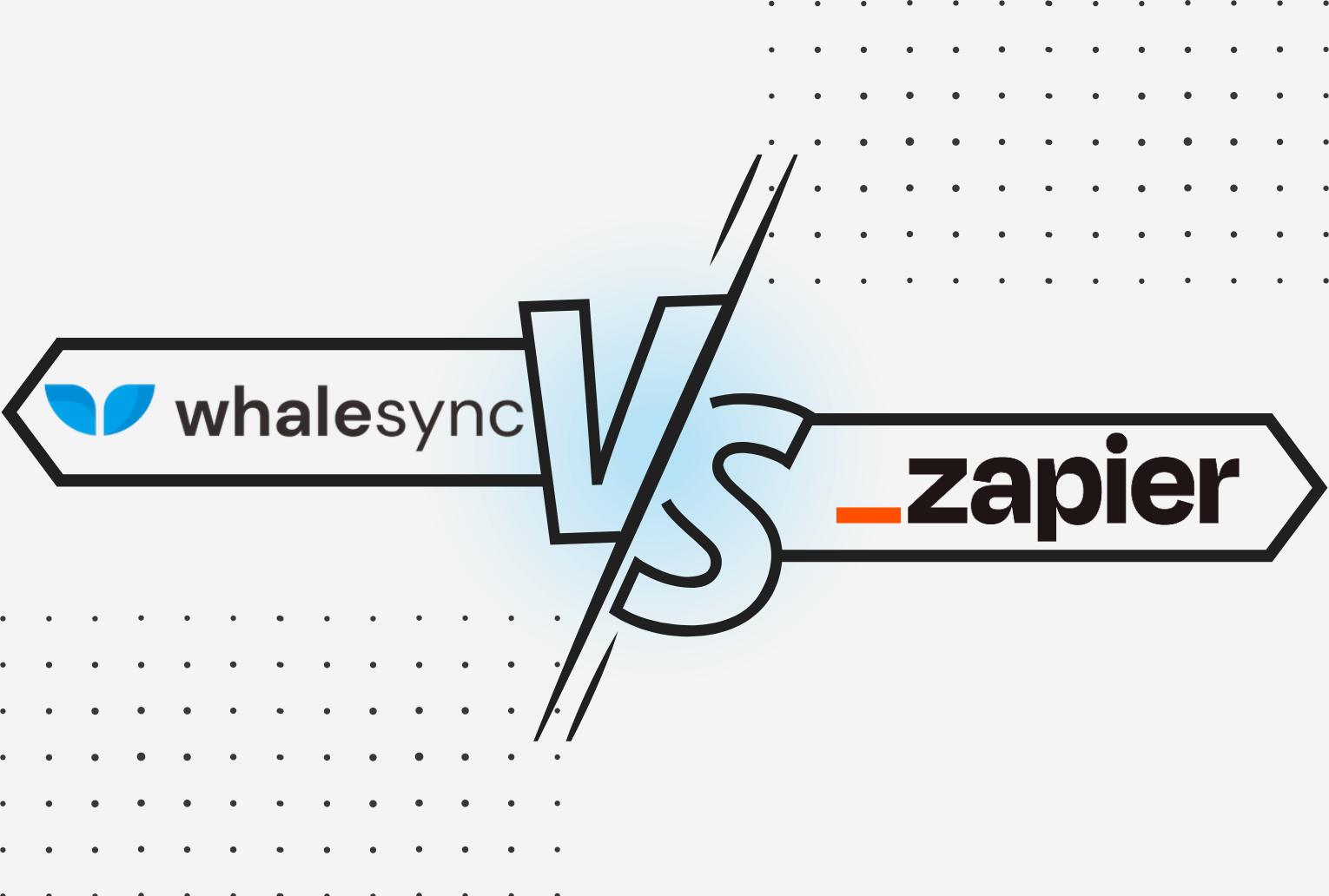 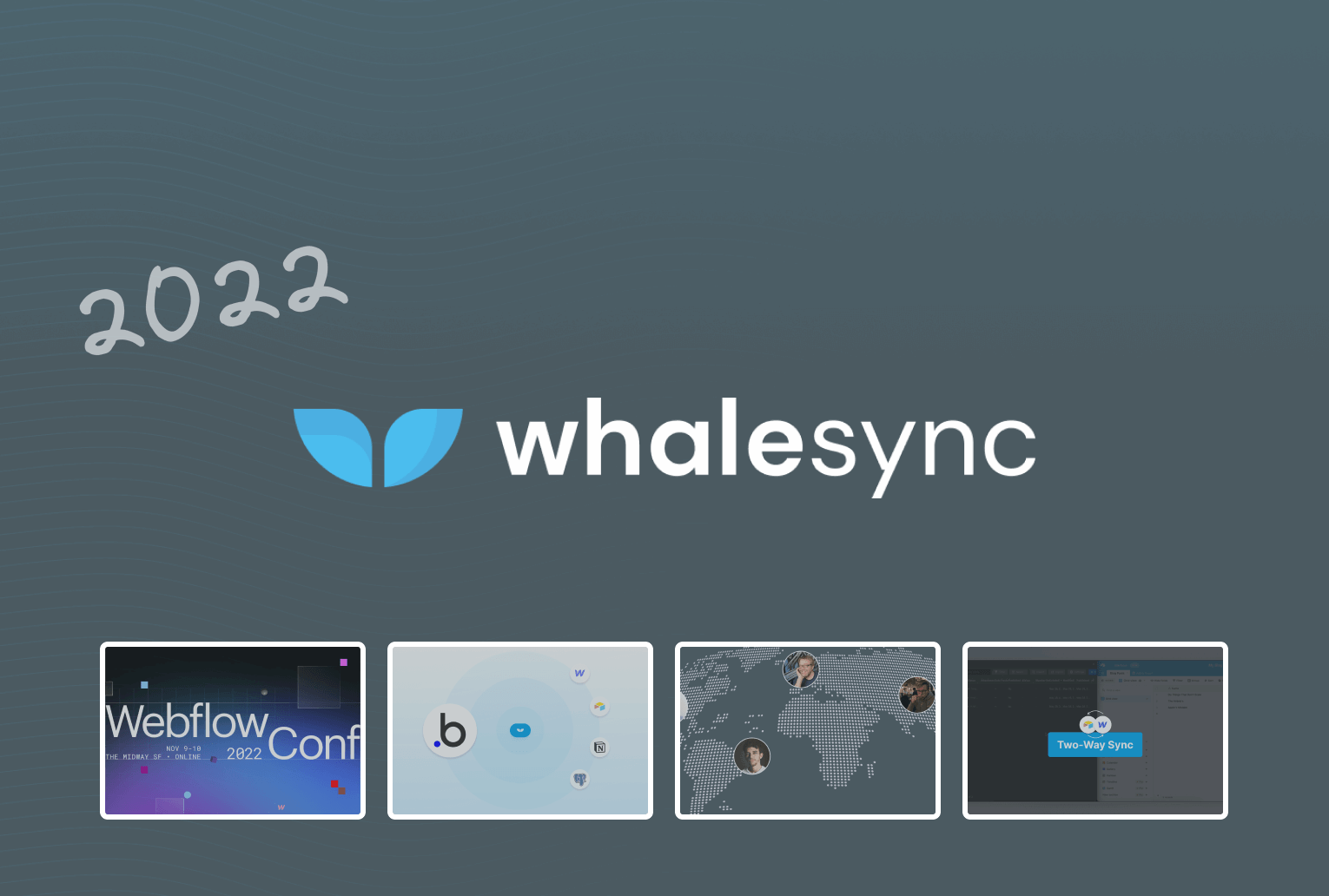